It is no secret that companies in the oil and gas industry enter into contracts that have the potential to be very lucrative. Regardless of where a company is in the production and distribution chain, oil and gas continue to be pretty solid moneymakers. But, because the firms involved are seeking to maximize their profits, they often try to find creative ways to structure agreements. If companies aren't careful, they may end up agreeing to terms that will gradually erode their own earnings. Here are some of the top things to look out for in these sorts of contracts:

Drilling for oil can be a dangerous activity. Massive spills and explosions have occurred at sites on and off shore, with millions of dollars worth of equipment lost. Of course, there is also the cost of replacing those materials, along with the money needed for any damages to other people's property or other cleanup expenses. For this reason, allocation of risk is a huge topic for oil and gas contracts. After all, companies clearly want to avoid liability as much as possible.


In some arrangements, there may be indemnification clauses included so that producers are not held responsible for any damages that their contractors cause. However, some states will not honor certain kinds of provisions. As a result, companies must ensure that they know the exact terms associated with potential issues and how much each side will be expected to contribute. In addition, it is important to look at where the performance will take place and to learn about the local laws to determine whether contractually agreed upon terms could be overridden.

There are all sorts of fees, rates, and costs that must be negotiated for oil and gas contracts. Regardless of whether a producer enters into concession agreements or service contracts with on the ground contractors, it is going to expect royalties. The royalties may be based on various measures, and more than one type may be imposed. Plus, depending on who owns the land and who owns the company, royalties may be owed to multiple parties. Thus, it is important to ascertain all fees that must be paid to ensure that it is even worthwhile to invest the time and resources in the endeavor.

In addition to subcontracting with other companies to perform some aspect of the operation, some firms seek to assign duties to other companies. In assignment, there is a complete transfer of rights and responsibilities. Therefore, the party who was originally responsible for performing the contractual obligations completely hands off those responsibilities to someone else. However, the party assigning the contract to someone else often retains a financial interest in the outcome. And, the other party to the original agreement may also have some conditions for the new party.


Ultimately, companies entering into oil and gas contracts must pay close attention to each provision in the agreement. This is obviously true for any agreement, but oil and gas contracts are particularly unique, and there are certain longstanding customs in the industry that play a huge role in contract negotiations and drafting. 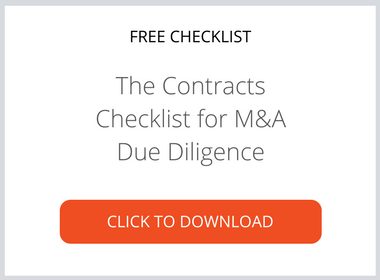