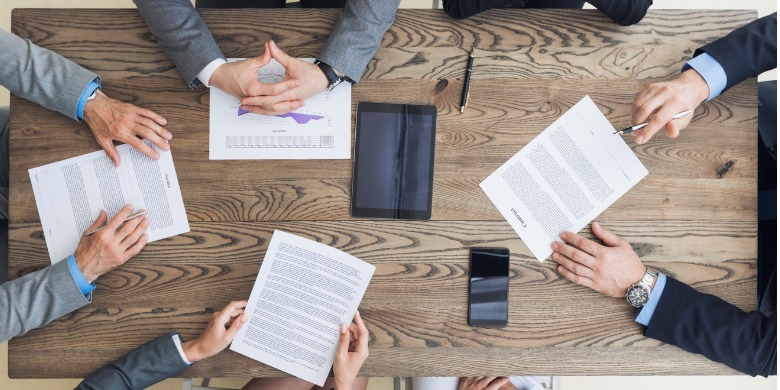 In commercial settings, contract clauses impact not only the relationship to be governed by a particular agreement, but wider business operations as well. For this reason alone, it is imperative that you pay close attention to exactly what you are signing. While many contracts come across as boilerplate in places, merely a single change to an otherwise standard clause can make all the difference. In this article, we cover seven important contract terms that shouldn’t get overlooked.

You might be surprised how often this seemingly straightforward clause is overlooked. For example, it’s easy to assume that if you are a US company doing business with another US company, that US law would apply. But which part of US law, exactly? Contracts in the US, as with many other countries, are governed by a mix of laws as well as specific regulations (the Uniform Commercial Code in the US, for example). When reviewing governing law clauses, make sure you have access to legal expertise, including arbitration support, in the jurisdiction proposed, not only your home jurisdiction.

Some contracts spell out the authorized signatory in a clause, whereas in others that person is implied by their name appearing under the signature line. It’s always best to check exactly who this person is, and in high stakes contracts, complete due diligence to ensure the person actually has the legal authority to sign on behalf of their company. All too often, contracts are signed by someone without the legal power to do so, leading to what are known as ultra vires acts, which may render the contract illegal.

Dispute resolution clauses dictate what happens in the event of a conflict. Not all contract disputes will lead to a court case if something goes wrong. Some might lead to arbitration or mediation, which are separate legal procedures with different remedies and different demands of legal expertise. Ensure you are comfortable with the resolution proposed before signing the contract as this clause will determine how potential disputes are handled.

Contracts are, at their core, an exercise in risk mitigation and risk allocation. Indemnification clauses pertain to the latter. Indemnification allows parties to specify who exactly is responsible for particular risks. For example, a clause might state that if Party A breaches the contract and injures Party B, Party C is to pay for Party B’s losses. There are numerous reasons why companies enter into such arrangements, so it’s imperative you understand indemnification clauses so you know exactly what you might be liable for down the line.

When entering into a contract with another party, you tend to think only about your relationship with that party. But non-violation clauses force you to think about contractual relationships with third parties. Many businesses want written reassurance (in the form of non-violation clauses) that you are not violating the rights of any other party by entering into the contract at hand. That you will need to consider your full range of contractual relationships in order to sign future ones is just one of many good reasons to keep all your contracts organized in one central location.

With 10% of labor in the US (between 10-15 million workers) engaged on a contract basis, it seems businesses continue to avail subcontracting arrangements. Contracts can, however, legally prohibit these arrangements and specify severe consequences for those in breach. If your company uses contract labor, make sure your contracts actually permit you to do so.

Finally, pay attention to order of precedence clauses. In situations where you have many agreements relating to one relationship (for example, a master services agreement, purchase orders, and amendment letters), a clause should exist to specify which agreement governs if there happens to be a dispute between them. Save yourself countless hours and dollars down the line by confirming this at the outset.