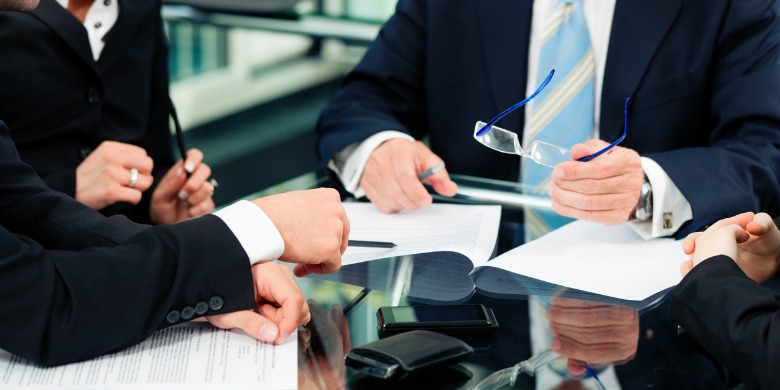 Breach of contract: it’s a risk faced by anyone who enters a legal agreement. If you deal with volumes of agreements (and volumes of types of agreements, from employment contracts to vendor and customer deals), chances are good that eventually you will run into a contract that doesn’t deliver on the terms agreed to by all parties.

Fortunately, contracts are legally-binding agreements, so when a party fails to meet their contracted obligations, there may be a remedy. Such instances are called a breach of contract, and the first important step to claiming your contracted rights is being able to recognize that a breach occurred.

While contracts consist of all types of legal agreements and terms, breaches themselves are classified in just a few ways. Here are the four main classifications:

Also sometimes called a Partial Breach of Contract or an Immaterial Breach of Contract, a Minor Breach of Contract refers to situations where the deliverable of the contract was ultimately received by the other party, but the party in breach failed to fulfill some part of their obligation. In such cases, the party that suffered the breach may only be able to pursue a legal remedy if they can prove that the breach resulted in financial losses. A late delivery, for example, may not have a remedy if the breached party cannot show that the delay resulted in financial consequences.

A breach need not actually occur for the responsible party to be liable. In the case of an Anticipatory Breach, an actual breach has not yet occurred, but one of the parties has indicated that they will not fulfill their obligations under the contract. This can occur if the breaching party explicitly notifies the other party that they will not fulfill their obligations, but such a claim could also be based on actions that indicate one of the parties does not intend to or will not be able to deliver.

An Actual Breach of Contract refers to a breach that has already occurred, meaning the breaching party has either refused to fulfill their obligations by the due date or they have performed their duties incompletely or improperly.

When a breach does occur, there are several types of remedies the other party may pursue. These include compensatory damages to address direct economic losses stemming from the breach, and consequential losses, which are indirect losses that go beyond the value of the contract itself but are the result of the breach.

How to Reduce Your Risk

When you enter a contract there is no way to prevent a breach altogether because you cannot control the actions of the other party. But this doesn’t mean you can’t mitigate your risks.

One way you can reduce your risk of contract breaches is by drafting the best possible agreements – and businesses have a helpful, but sometimes forgotten tool that can help: legacy and archived contracts.

Analyzing past agreements – both those that were successful and those that did not deliver as expected – can help you to identify the terms and clauses that best reduce vulnerabilities. For example, if you compare similar agreement types that all resulted in breaches, you might discover commonalities in wording that you can avoid. (Pro tip: if finding past agreements to conduct such an analysis sounds onerous, try organizing your contracts in an electronic storage system that allow you to tag and categorize documents and is text searchable.)

That said, even the most meticulously-crafted agreements that were entered into with the best of intentions can experience a breach. But there are some steps you can take to reduce the risk and mitigate your losses.

Make Sure Everyone Involved is Aware of Their Responsibilities

It’s not uncommon for those involved in negotiating a contract to be different from the individuals or teams responsible for fulfilling it. A thorough handover process will help to ensure everyone on your end upholds their obligations.

Actively monitoring contract performance is important for ensuring that both parties meet their contracted obligations, and can help you identify and contain potential problems before they become actionable. As well, when a contract is in breach, or at risk of an anticipatory breach, time is often of the essence when it comes to containing losses. Having a monitoring plan, with clearly defined performance metrics and milestones, will help you to spot warning signs or breaches. Setting up automated notifications and reminders can help with this task.

Ensure Your Contracts are Always Accessible

Perhaps the most effective way to reduce the risk of contract breach is simply knowing where all of your contracts are. When you know how to find all of your active agreements — and can quickly access the key details within those contracts — you can significantly reduce the chances that an important date or deadline slips through the cracks.

A General Counsel's Guide to Contract Execution, Storage, and Renewal

Harnessing the power of contract management to reduce legal and financial risks.

Best practices to help you stay in control of your agreements.